Sharath Bhagavatula completed his BS at Cornell University in Electrical/Computer Engineering, MD at NYU, and is currently at Brigham and Women’s Hospital for radiology residency and interventional radiology fellowship. His research interests focus on developing and translating novel tools for minimally invasive cancer diagnosis and treatment. Outside of work, he enjoys playing tennis, jogging outside, and watching tv. Zuzana completed her doctoral research in the Cancer Stem Cell lab of Dr. Joerg Huelsken at École Polytechnique Fédéral de Lausanne. The project was performed in collaboration with Dr. Maerkl lab from the School of Engineering. Her thesis work involved development of microfluidic devices for functional characterization of rare primary stem cells. The platform allowed for the first time to perform chemotaxis measurements for primary stem cells and is dedicated for high-throughput functional screens. She joined the laboratories of Dr. Joe Gray (OHSU) and Dr. Oliver Jonas (MIT) in April 2017. 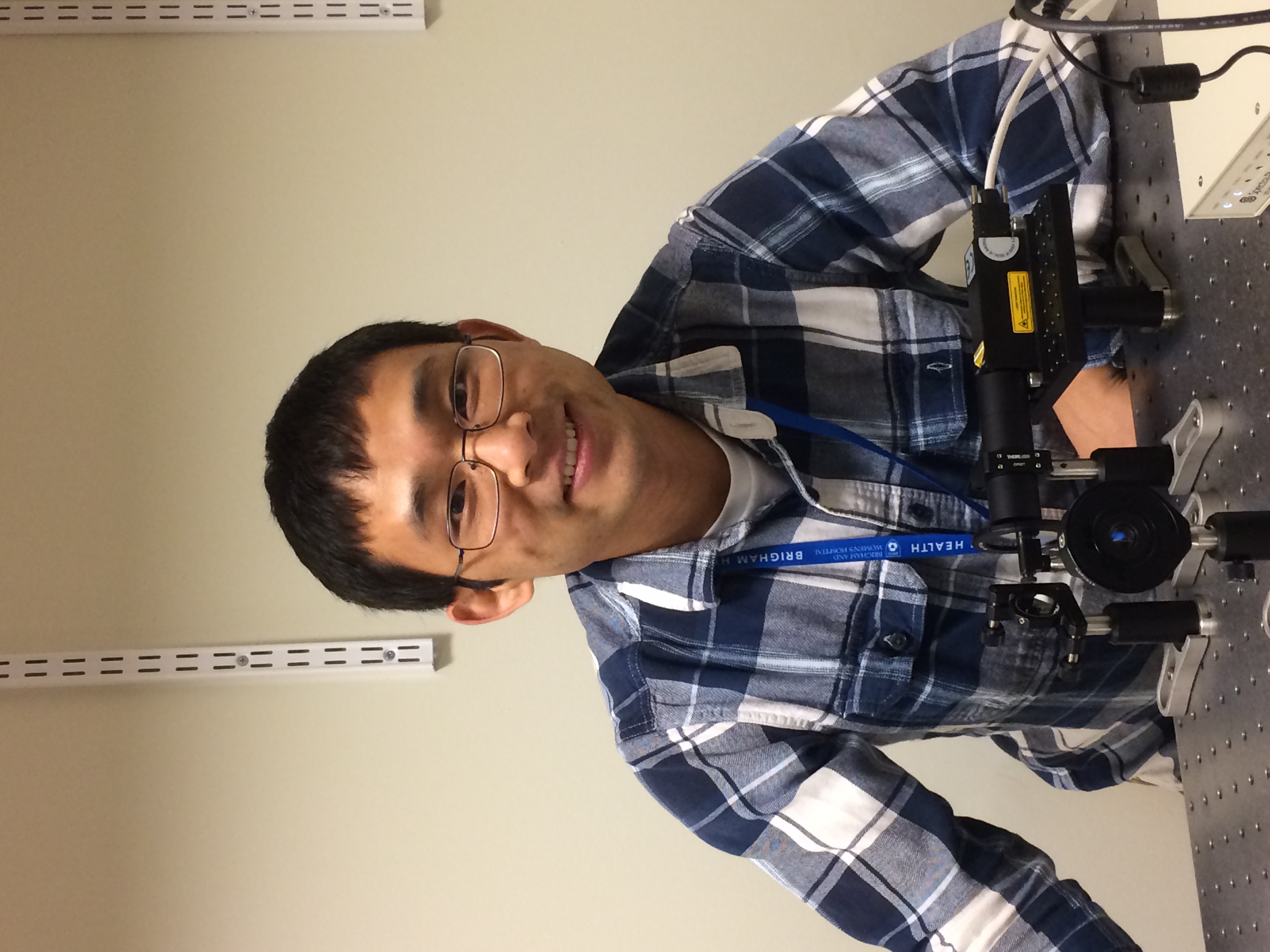 Guigen joined as a research fellow in January 2020 and was promoted to a faculty position at the rank of Instructor in February 2022. He has been leading the development of four-dimensional two-photon and Raman microimaging systems for the biomedical microdevice pioneered by Jonas’s lab. Prior to joining the current group, he was a postdoctoral research associate with Prof. Ming Han’s group at University of Nebraska-Lincoln and Michigan State University. Previously, he published extensively on optical fiber sensing with a focus on temperature, flow, radiation, and ultrasound detection. He and colleagues invented a crystalline silicon-tipped optical fiber sensing platform for high-speed and high-resolution measurement, which received the 2015 Alan Berman Research Publication Award from the U.S. Naval Research Laboratory. In collaboration with Oak Ridge National Laboratory, this work also gave birth to the first fiber-optic bolometer in the world. Dr. Liu received the B.E. degree from Qingdao University, China, and the Ph.D. degree from Changchun Institute of Optics, Fine Mechanics and Physics (CIOMP), Chinese Academy of Sciences, all in mechanical engineering. He was appointed as an assistant professor with CIOMP upon graduation.

Kyle obtained a BS in Biomedical Engineering from the University of Cincinnati and then a MS in Biomedical Engineering from the University of Michigan. During university Kyle worked in several labs researching multiple topics including microbubble cavitation thrombosis therapy, immunomodulatory polymeric nanoparticles, and bacterial interactions using a novel microdroplet bioreactor system. During his free time Kyle enjoys travelling, table top games, playing soccer, tennis, and golf.

Dylan obtained a BS in Biological Sciences from Chapman University in 2018. He worked at OHSU in Dr. Joe Gray’s lab through 2021 until coming to the Jonas Lab in 2022. With the Jonas Lab, he focuses on cyclic immunofluorescence, in vivo models, and clinical studies. When away from the lab, he enjoys socializing with friends, watching/playing sports, trying new restaurants, and exploring the city.

Seb obtained a dual BA in physics and biochemistry & molecular biology from Boston University in 2016. With the Jonas Lab, he focuses on computational histopathology using machine learning and the development of tools and algorithms for high-throughput biomedical image processing. When away from the lab, he enjoys producing electronic music and tries to learn new languages.